So here's a fun one. This is a great drink to get you into gin if you have had a negative experience, and it has a very possibly interesting history.
Why "possibly"?
Because there are three completely different stories on where this drink came from, and one of them is very plausible but boring, one is also plausible but still not super interesting, and one is exciting but basically disproved. I'm going to tell you all three, but I'm sticking with the fun history for the general theme today: 1920's Chicago. 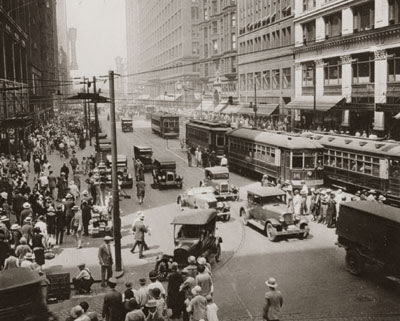 The History of the Cocktail
So first, here is the semi-interesting story:
The drink was created in New York City at the 21 Club, which was originally a speakeasy during Prohibition named "Jack and Charlie's" after its two Austrian owners. The location moved around a fair bit before settling on 21 West 52nd Street, leading to the eventual name-change. Jack and Charlie rigged up a system of hiding the then-illegal alcohol with a series of levers that would drop all of the bottles down a chute into the sewers in the alley, and stored all the wine in a cellar that was only accessible through the adjacent building. Such was the alcohol culture of the time.

The second story, which is basically confirmed as the origin of the drink, is that it was invented at the Southside Sportsmen's Club on Long Island, New York. For years rich men from NYC came to Long Island to fish and hunt, and they would stay at an inn/tavern known for its Mint Juleps. This reputation, unfortunately for the rich folks, meant it started to get crowded so in 1866 they bought the place and turned it into the aforementioned club. The famous Mint Juleps eventually evolved into other mint drinks and the Southside was born. Over time, country clubs started making "Southside" mixes, letting mint steep for days in a sugar and lemon juice, then using this mix with a spirit and soda. Further evolutions have changed the original gin to vodka or even rum (which makes the drink basically a Mojito). Sadly, the Southside Sportsmen's Club doesn't exist anymore, but its legacy lives on in country clubs everywhere in the form of the Southside cocktail.

The last story takes place in Chicago. During Prohibition times, the city was very much a gangland split between the north and the south. The gangs of the north cornered the market of high quality spirits by smuggling liquor across the border from Canada. This left the south side gang, the Saltis-McErlane gang, with no choice but to sell locally made spirits - literally bathtub liquor. This booze tasted awful and made people sick, and the bartenders on the south side started using sugar, citrus, and even mint to mask the terrible flavour and imperfections. The gang's leader, Frankie McErlane, one of the two main mobsters on the south side, killed at least fifteen people during the bootlegging wars in Prohibition Chicago, and was the first man to use the Tommy gun.
This exciting story is unfortunately disproven from what I've read, with stories of the south side gangsters forcing bars by gunpoint to sell their beer and nothing else. And of course, then there's the question of how a Chicago speakeasy cockail found its way into lush country clubs of upstate New York. But it's way more fun to sip a Southside and think about Capone, McErlane, and all the bad boys of Chicago fighting on the streets while you watch some of music's greatest icons play on stage at the city's famous jazz clubs than it is to envision rich, old, white folks sipping mint-fizzes in between tennis sets.

The "proper" way to serve this drink in Long Island is with soda, but I much prefer the more sophisticated straight-up version. There are versions of this drink listing either lemon or lime as well, and everywhere I've looked I've seen a different recipe. I will go with Gary Regan's recipes (never a bad idea) from his book "The Joy of Mixology," one being straight up and the other being a fizz:

Muddle the lemon, sugar, and mint in a shaker, add gin and ice, shake, strain into a cocktail glass and garnish with a sprig of mint.

Muddle lemon, sugar, and mint in a shaker. Add gin and ice, shake, strain into a collins glass over ice, top with soda, and garnish with a sprig of mint.

(You can substitute the lemon wedges for just fresh juice. I'd go for a 2:1 or 3:1 gin:lemon juice. You can also substitute the solid sugar for about 3/4oz of simple syrup, depending on your taste. Or mix it up even more and try making it with lime, which just makes it a Mojito with gin. So many options!)

The History of the Time and Place 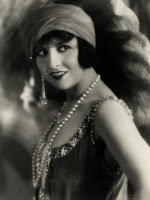 Prohibition was implemented in 1919, so it was illegal in the 1920's to distribute or manufacture alcohol in the U.S.. Racism was rampant, there was a general fear of foreigners (partially because Prohibition played on fears by linking immigrants - particularly Europeans - to the consumption of alcohol), but women were able to vote and join the workforce as of 1920. Of course, they got paid less, didn't have many opportunities, and were under constant pressure to maintan outdated ideals. This lead to a female rebellion culture called "Flappers." These girls cut their hair short, hiked up their skirts, and partied like crazy in speakeasy's around the country.
Art deco, modernism, surrealism, abstract expressionism, dadaism, and surrealism were popular art forms at the time, and authors like R.S. Eliot, F. Scott Fitzgerald, and Ernest Hemingway were publishing. American baseball was popular, Harry Houdini was performing his great escapes, and the Miss America padgent had just begun. 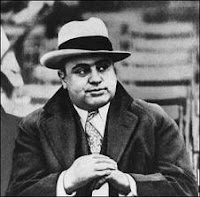 1920's America was the Golden Age of organized crime, which was previously limited to extortion, prostitution, rackets, and the like, but now the mob was able to use Prohibition to control one of the most lucrative businesses ever. Bootlegging really funded the mob and made them into the wealthy and powerful force they came known to be. Gang wars raged throughout Chicago in particular, and spread across the country and into the streets. Al Capone was the biggest name in crime, running his gang on the south side of Chicago until his eventual incarceration in the early 30's.

Musically, Chicago was one of the most important jazz scenes, with a great number of New Orleans early jazz bands and musicians moving north for a better quality of life. King Oliver, Jelly Roll Morton, and Louis Armstrong, some of the most influential artists in modern music, all moved to Chicago in the late 1910's. Armstrong and his Hot Five (and later Hot Seven) recorded throughout the mid 20's and developed jazz from its raw beginnings to the intellectual, improvised style focusing on soloists that became the framework for all jazz to come. The music got faster, more complicated, more arranged, got rid of tuba and replaced it with upright bass, and really kickstarted the genre, leading it into the swing era of the 30's and 40's. Armstrong's influence on American music, and popular music in general can not be understated, and neither can his influence on racial culture, as he was essentially the first widely popular American personality who wasn't white. 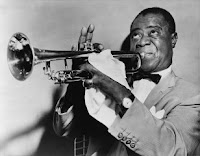 Enjoy your delicious and refreshing Southside Cocktail, and imagine yourself at its fictitious birthplace in 1920's Chicago with gang wars raging outside while you listen to one of the greatest and most influential musical artists of all time, Mr. Louis Armstrong with his Hot Five. Here is one of his most famous performances, "West End Blues" recorded in 1926.