The Barrel-Aging of Cocktails 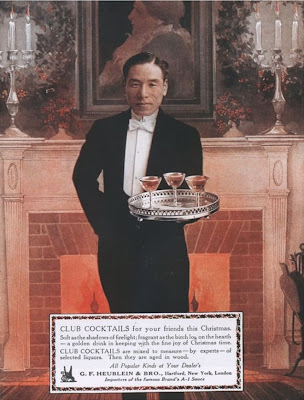 Barrel-aging cocktails was a hot trend in the bartending scene two to three years ago, but was it actually a new idea? Or, was it just another rediscovered one getting all the bar geeks excited for the usual fifteen minutes?

The practice of storing cocktails is plausibly as old as the cocktail's peak of popularity itself. Bartending 'grandfather' Jerry Thomas makes mention of storing pre-made drinks in bottles on the bar (the Brandy, Gin, and Bourbon Cocktails to be specific) for efficiency reasons in his 1862 guide, "How To Mix Drinks, or The Bon Vivant's Companion." There was also the issue of enjoying a cocktail while on the road, and making and bottling cocktails at home allowed this luxury. The effects of bottle-aging are considerably less noticeable than those of barrel-aging, however, so how far back were cocktails being aged in wood? Thanks to G.F. Heublein & Bro. in New York the answer is definitively at least to 1910, as we can see from a "Club Cocktails" advertisement printed that year, reading "Club Cocktails are mixed to measure - by experts - of selected liquors. Then they are aged in wood." Another advertisement from 1912 reads "[Club Cocktails] obtain their delicious flavour and delicate aroma by aging in wood before bottling. A new cocktail can never have the flavour of an aged cocktail." Heublein continued advertising bottled cocktails until the 1960's, though they stopped barrel-aging - or at least stopped mentioning it - as the true selling point of Club Cocktails was likely that a mixed drink could be enjoyed from the comfort of one's own home. The bottled (and canned) mixed drink torch was carried on in the form of cheap Martinis and Manhattans, and of course in the 1990's by their bastard children: the artificially-flavoured vodka sours and sickly sweet liqueur mixtures. 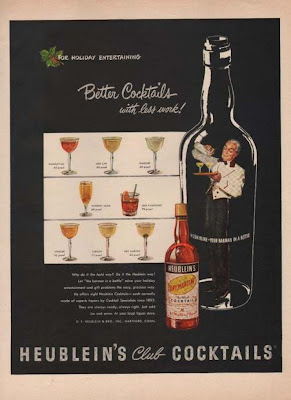 Jump ahead to the late 2000's in London where Tony Conigliaro at 69 Colebrooke Row was bottle-aging cocktails inspired by the taste of vintage Dubonnet. The effects were noticeable and delicious after a year of aging and he decided to share the results with his bar patrons, one of whom was Jeffrey Morgenthaler from Portland's Clyde Common. Taking inspiration from Conigliaro, Morgenthaler decided to make a large batch of a cocktail and age it not just in a bottle but in a barrel, which led to even more delicious results and the trend spread like wildfire among cocktail cities throughout 2010 and the following year.

What happens to a cocktail inside a barrel? In the previous post on barrel-aging spirits the interaction between wood and alcohol were explained chemically. These reactions are not dramatically different but occur at a considerably different rate due to a decrease in proof and an increase in acidity. Cocktails are a combination of wines, liqueurs, syrups, bitters, and spirits, all of which have very different chemical properties that react differently with the barrel leading to unique overall results from drink to drink. The key chemical reaction is the extraction of hemicellulose from the wood, which increases the amount of reducing sugars in the solution and thereby increases good flavours, rounds edges, and reduces the acidity. The more acidic the alcoholic solution and the lower the proof, the faster the extraction. Spirits are considerably less acidic and have a higher ABV (alcohol-by-volume) than wine which is why they require much longer aging periods. Cocktails can have ABV's of 20-50 percent depending on the composition and the aging period will have to be adjusted accordingly lest too much acidity be lost and the taste will become "flat" or "flabby," as some poor-quality wines are often described. 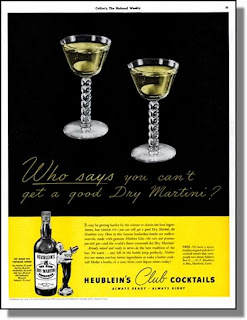 The second important reaction is oxidation, which occurs when the cocktail is exposed to air both while pouring it into the barrel and while it is at rest. As described in the previous post, this is the chemical reaction between a compound and oxygen in the air which can break down or alter molecular compositions. Wine and spirit oxidation have quite well-understood oxidation reactions because they are fairly consistent substances. One of the main reactions is the oxidation of ethanol to acetaldehyde, the latter of which has a complex aroma with qualities of grass and green fruit, but also nuts, coffee, and grains. Further oxidation can occur breaking down acetaldehyde to acetic acid, which can add depth to the aging product but in excess can make it harsh and overly acidic. The components of a cocktail will undergo these reactions to different extents at different rates, with fortified wines like vermouth being affected much more quickly than liqueurs or spirits. A Negroni would therefore reach its aging plateau before a Manhattan before a Red Hook and so on. Morganthaler claimed the ideal aging period is somewhere between five and seven weeks, with a recommended daily tasting for quality checks.

While cocktail-aging is not new it is definitely an exciting experiment from a taste perspective - but what about its consequences on bartending? Since the Jerry Thomas-era the bartender has been viewed as a magician of sorts, creating new and delightful flavours and experiences to suit any mood using only seemingly medial tools and a collection of liquors. Both new and experienced cocktail drinkers flock to the top bars for impromptu creations or well-executed classics. Does it not remove the excitement and anticipation to have one's mixed drink poured from a barrel or removed from a fridge pre-bottled? Worse yet, does this process not negate the importance of skill behind the wood? There is a great satisfaction in seeing a Sazerac, Old-Fashioned, or Mint Julep built in the traditional manner with great attention to detail by an experienced professional, and the drink only tastes better having watched and waited for completion. Perhaps most importantly, however, the bartender's role is one of service. He or she should be engaging, polite, attentive, and always a host to his or her guests. At the end of the day, every bartender's first priority should always be this service as guests come to enjoy an experience and not simply the practical quality of the drinks. The aging and bottling of cocktails can easily perpetuate the tendency for some bartenders to focus too much on craft and not enough on service, and in the worst of cases it can endorse laziness. However, if aging a cocktail enhances its flavour and is used by good bartenders as part of a well-executed cocktail program without encumbering the true values of their role then it is perhaps an excellent idea. 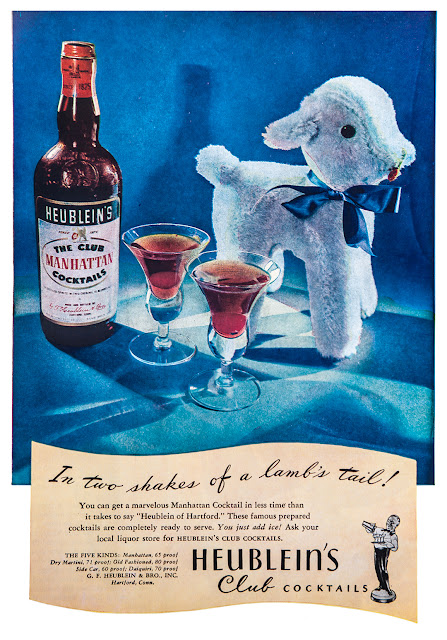