Amaro Part 1: What is Amaro?

This will likely be the final month focusing on one particular ingredient (until I feel compelled to do it again, anyway), and a fitting way to end is with an Italian digestivo. We will discuss amari, their origins and production, some major types, then visit another collection of great North American bars for some original recipes.

Amari (yes, that is the plural form of amaro) have seen huge popularity over the last year or so, mostly due to the boom of mixology and cocktail culture, and that's great news for us here on this side of the pond because they are delicious and complex liqueurs, and also because the majority of them have been impossible to get outside of Europe. Still now, there are tons of brands and bottlings that we will never see without traveling to Italy, but there is also a decent selection available now even in Canada (in fact, if you saw my post on buying alcohol in the states, a lot of amari are actually cheaper in Canada - if you can believe it).

So what is an amaro?

The definition of amaro, which means "bitter" in Italian, is not really specific. It is just what we call Italian bitter liqueurs (a liqueur being a spirit to which sugar has been added). All other factors range all over the place - typically they are digestivos, or digestifs, meaning they are drunk after dinner to 'aid with digestion' (this usually just refers to drinks that are sweeter and/or use darker, heavier liquors/liqueurs) such as Averna or Ramazzotti, but there are also aperitivos, or aperitifs, which whet the appetite, such as Campari or Aperol. Their alcohol content can range from that of wine to over 40% like most spirits, they are consumed neat, or in cocktails, or on ice, or with tonic, or any number of ways. Some of them are newer, but some are hundreds of years old, and even production differs somewhat from brand to brand. Again in general, amari are made by macerating roots, herbs, flowers, bark, peels, or just about anything in a spirit or wine (usually a grappa base, which is a wine or grape brandy), then mixed with sugar or syrup, and often aged in a cask or just a bottle (aging will help the flavours mix and balance better). Liqueurs of this fashion are produced all over Europe, not just Italy, particularly in Germany (called "Krauterlikor," ex. Jagermeister) and France (called "amer," ex. Amer Picon). Amaro refers specifically to those made in Italy. The flavours range widely, and while they are literally named "bitter," not all of them are actually all that bitter (going from Fernet Branca to Campari to Ramazzotti is a big range of bitterness).
Originally created as medicinal tonics, as basically all spirits and cocktails can be traced to, the formulae and tradition carried on, but the medicinal validities did not. Herb knowledge was its highest in European monasteries, where most of these liqueurs came from (see also Benedectine, Chartreuse, etc), but Italy was somewhat different in that it had more of an Arab influence, which brought with it a knowledge and use of spices, many of which are still used in amari you can taste today. It wasn't until the mid 19th century that mass production began, and most well-known amari date back to this time. 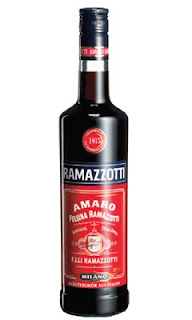 There are numerous classifications:
"medium," around 60 proof with a very balanced flavour (ex. Averna),
"Fernet," much more bitter than the others (ex. Fernet Branca),
"light," lighter in colour and flavour (ex. Nonino),
"alpine," low-proof, flavoured with alpine herbs and is smokey in taste (ex. Zara),
"vermouth," low-proof wine based amari very similar to actual vermouth (ex. Don Bairo),
"carciofo," lower proof aperitivos made with artichoke (ex. Cynar),
"tartufo," made in Umbria from black truffles,
"China," made with cinchona bark (though most amari are, and I haven't found exactly what else makes this one different),
and "rabarbaro," made with rhubarb (ex. Zucca).

Amari are wildly popular outside of Italy, particularly in South America (Fernet Branca and Coke is Argentina's national drink), but also all over Europe. Fernet Branca has been particularly popular in San Francisco too, but Italian communities in New York and Boston also kept a market for a lot of amari. As I mentioned, popularity is increasing all over the place because of their use in cocktails, and one of the reasons is versatility. Very bitter amari like Fernet Branca can be treated as bitters in a drink, while sweeter, softer ones like Montenegro can almost be used in place of vermouth, and some like Campari are already staples in classic and influential cocktails like The Negroni, a drink that itself has spawned tons of variations by even just switching the type of amaro (a Cynar Negroni is a popular one). The range of use and flavour is very broad and exciting.

I will be back soon to discuss buying amari in B.C., then specifically about a few of the most popular amari, separated into digestivos and aperitivos, then we will move on to some new, original drinks from Vancouver, Seattle, New York, and San Francisco.