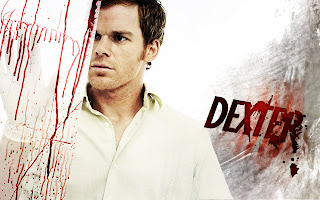 Our drinks are slowly getting more violent as we creep ever close to Halloween. Today's contribution comes from Shaun Layton of L'Abattoir, located in Blood Alley in Vancouver's Gastown. He shares his bloody creation named after the AMC series, "Dexter," about a blood spatter specialist with the Miami Police Department who moonlights as a serial killer. This cocktail is a fruity and herbal twist on the pisco sour, and Shaun incorporates some interesting ingredients, including Liquore Strega. This bright yellow herbal liqueur was supposedly created by an Italian witch coven in the 1800's. "Strega," actually meaning "witch" in Italian, was originally medicinal in nature, but became later known as a kind of love-potion. It is said that if a couple drinks Strega together they will be forever united.
(I will be talking a little more about Strega before Halloween). 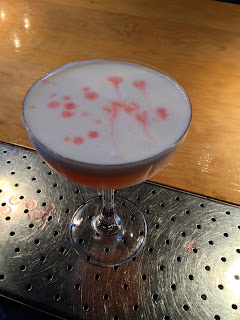 Combine all ingredients and dry shake, then shake again with ice.
Fine strain into a chilled coup and make blood-splatter-like dashes on top of the froth with Peychaud's bitters.

If you don't have raspberry liqueur handy, a great substitute (and one I use in Clover Clubs as well) is the award-winning Raspberry Liqueur by Okanagan Spirits. It's a surprisingly tart and dry liqueur made with real raspberries.

You can see Shaun's other contributions to this site here:
Maraschino March
Amaro April
Fernet February
The Butchertown