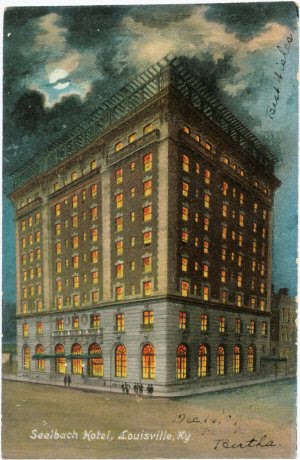 Every hotel, bar, or restaurant used to have a signature drink. In fact, for a few hundred years from the peak of punch through the heyday of plain and fancy drinks in the mid 19th century, all alcoholic beverages were named after either their ingredients or the establishment that created them. Some famous examples include the Manhattan, Brooklyn, Clover Club, Pegu Club, and Sazerac. One of the many sad consequences of U.S. Prohibition was that any business relying on selling alcohol had to be shut down, and often with it went an interesting history and a signature drink.


The Seelbach Hotel in Louisville, Kentucky, is a great example. Built in 1905 by the Seelbach brothers, this hotel was an attempt to recreate the beauty and decadence of western Europe. Located within was The Rathskeller, a 400-seat capacity nightspot whose menu claimed that “every essential, artistic detail is a reproduction of the underground drinking and council hall of one of the famous castles on the Rhine.” Most impressively, this was one of the very first air-conditioned rooms ever built, requiring forty tons of steam-produced refrigeration every twenty-four hours to maintain at least a ten degree cooler temperature than the hot Kentucky air outside.


Theatre-goers and socialites spent evenings here, likely enjoying the signature cocktail, The Seelbach – a light, spicy mixture of bourbon, Cointreau, Champagne, and a hefty dose of both Angostura and Peychaud’s bitters. Though unconfirmed (as most of these stories are), the tale of its inception involves a bartender opening a foaming bottle of Champagne and grabbing a nearby customer’s Manhattan to catch the spill. This patron enjoyed the combination and a new drink was born.


Most famously, the Seelbach Hotel was frequented by F. Scott Fitzgerald, who at the time was writing “The Great Gatsby,” and supposedly based some of the novel on his experience there. The female lead, Daisy Buchanan, was from Louisville, so perhaps he found inspiration in a particular guest? Perhaps for Gatsby as well? 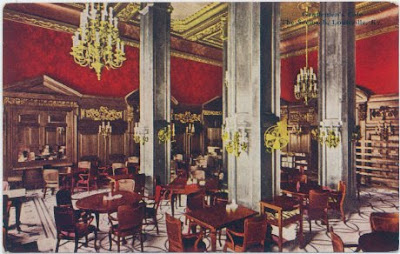 Once the 18th Amendment was passed, the bars inside were closed and The Rathskeller became simply an extended dining room. Part of this space was even leased to Walgreen Drugs. The Seelbach Cocktail, now illegal, was forgotten.


In the 1930’s a new bar was opened that offered its own theatre and musical entertainment, and though many ownership and design changes have occurred over the last eighty years, the Seelbach still stands and parts of the original Rathskeller designs still remain. The story goes that in 1995 when ownership was undergoing another renovation of the hotel, a manager discovered (I like to think it was physically found in the basement) a recipe for the Seelbach Cocktail and again made it the house drink, though the specifics were guarded. Thanks to Gary Regan, who convinced the Seelbach Hotel to allow the recipe to be published in his “New Classic Cocktails” book, we can all share in the drink’s history and unique flavour.


At Pourhouse, we’ve altered the recipe slightly to suit our tastes, so come try our version and tip your glass to Fitzgerald, Gatsby, forgotten cocktails, and air conditioning.