The 6th thing you need to start mixing drinks at home

Ok, so you picked up some cheap glassware, a shaker, some citrus fruits, some sort of measuring tool, and you made your simple syrup (you learned all this from Part 1). All you need is some alcohol to mix.
Here are the most basic and cheapest things to pick up so you can start making some drinks...

A Base Spirit
The cocktail "base" is the alcohol you're using most in a drink. Everything else you're adding to accentuate certain flavours in this spirit. Probably the most commonly used spirit in cocktails, especially traditional ones, is gin, so that's definitely the first thing you should pick up. I have a beginner's guide to gin Part 1 and Part 2 coming soon, but for now I'll simply tell you to go buy Tanqueray or Beefeaters. They're both cheap ($23-26 for a 750mL bottle) and versatile. Tanqueray is more interesting and more herbal, Beefeater is much simpler and a little citrusy.

The next most common and classic base spirit is probably whiskey. A lot of drinking novices cringe a little when you say whiskey, but there are not only some really tasty and easy-to-drink ones for cheap, there are also a lot of easy cocktails you'll probably like even if you don't like whiskey itself. My lady is a great example - we used to go out for drinks and she'd make faces when I'd order whiskey cocktails and even made faces after trying some of them. Then she tried a Red Hook... then a Bensonhurst... then a Manhattan and a Brooklyn and so on and so forth and now she loves whiskey.
If you're new to whiskey, I suggest getting bourbon. It's sweeter with a little spice, mixes really well, and is very sippable if you're not used to rye or scotch. Get a bottle of Jim Beam or Wild Turkey - they're the cheapest at $23-26 per 750mL bottle, but they're definitely fine in cocktails and easy to use. They're not great sippers, though, so I'd just use them for mixing.
Don't buy Canadian Whiskey. It sucks and it's boring (sure that's a generalization - but a pretty accurate one).

I would go with one of the above to start, but if you're past that or have a bunch of money to spend and want more, move on to rum or brandy. For rum, pick up Mount Gay Eclipse gold or silver rum. They're only $27 for 750mL bottle, they're delicious, they mix really well, and they're tasty enough to drink straight. I'm much, much less knowledgeable about brandy, and I honestly buy cheap, small bottles because I rarely make drinks with it and I never drink it straight. Couvoisier VS is a very decent one, but will cost you $56 for 750mL bottle (I'm finding any good brandies or Cognacs are very expensive). I just usually get St. Remy VSOP, which is only $12 for a small bottle, and I only really use it for mixing a couple drinks. There is a very dramatic taste difference between a cheap brandy like this and a decent Cognac, as I'm sure you would imagine, but if you're just mixing some new drinks, it's not necessary YET. (Soon I'm going to do a guide on brandy to build my own knowledge and guide collection)

A Vermouth
A long list of cocktails contain vermouth - a fortified wine with added herb botanicals - including a lot of the classics. You'll definitely need bottles around, one white (or dry or French - all the same thing), and one red (or sweet or Italian - all the same thing). I personally really dislike Martini & Rossi, but it is the cheapest way to go, and they're the only brand in Canada that offers small bottles for only $8 - which is great because vermouth will always go bad before you finish using it. If you want to go a little nicer, Noilly Prat dry vermouth is only $14, and Cinzano Rosso sweet vermouth is only $13. If you only want to buy one... look at some cocktail recipes you want and just choose. Sweet vermouth is used more often with whiskey, and dry more often with gin.
Keep your vermouth in the fridge!! You can only keep it for a month before it starts to smell and taste funky, so be prepared for that.

Bitters
The actual definition of a "cocktail" is a base spirit, water, bitters, and sugar. A lot of traditional cocktails will call for bitters, and there are a lot being produced nowadays that really change the complexity of a cocktail.
Unfortunately in Canada, the only bitters that's easy to find it Angostura, and our government liquor stores don't sell any at all. Fortunately, you can just pick it up in Safeway for $7-8, and one of those bottles lasts me about 6 months.
If you want to experiment in the future with other kinds, The Bitter Truth will ship to you, and they make a whole range of really interesting bitters, from chocolate to grapefruit to celery to traditional-style Creole bitters. Out of a store, the Gourmet Warehouse on Hastings near Commercial has some cool syrups and a huge range of bitters, and I also hear that there is a liquor store somewhere near 16th Street in North Vancouver that sells a lot of hard to find stuff... but the store itself is hard to find. I still can't find a listing for it, nor have I learned the name, but I've had more than one bartender tell me that this magical place exists. When I find out, I'll let you know.
So hit up the Gourmet Warehouse if you want to try some new or interesting things, but to start, you only really need Angostura and an orange bitters. 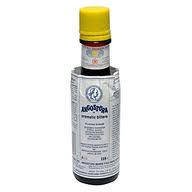 Modifiers
Now, this is really up to you. A modifier is that special other ingredient that makes a drink different. Like I said, a cocktail is just bitters, sugar, and a spirit with water, but the evolution of drinking has brought in many other things. I can't tell you what to get unless you know what you want to make!

If you're past the point of basics, though, I can recommend a few things that really spiced up my bar early on:
Amari - Italian bitter liqueurs which are meant to be drunk straight, but there are lots of drinks you can make with them. Lots of bars are experimenting with amari nowadays, and they're all really delicious. Only a few are easy to find though, and Campari is a great way to start. It runs $26 for a 750mL bottle, and you only use small amounts so it will last a long time. It has a distinctive bright red colour, an interesting range of bitter herbal flavours, and is an important ingredient in some great, classic cocktails like the Lucien Gaudin, The Negroni, and The Americano. (The latter post there has some extra information on Campari as well).

Cointreau (which is the high-end triple sec, or orange liqueur) has a lot of uses, and you can pick up a small bottle for $18.

Green Chartreuse is a very, very cool thing to have around. It's an herbal liqueur from the 18th century made with over 130 different plants and herbs. One of my favourite drinks is The Last Word, which calls for Chartreuse, but there are actually quite a few other things you can make with it. It is expensive at $36 for a small bottle, so is a treat, but is so potent that you won't use a lot of it. And it's naturally green! In fact, the colour Chartreuse was named after it.

Last thing I definitely recommend getting at some point if you want to expand your horizons is Maraschino Liqueur. No, it's not a red, cherry-flavoured, sugar syrup. It's a very interestingly flavoured liqueur dating back to 16th century Croatia, and is used in a lot of very old cocktails, including the father of the Martini - the Martinez. You can't get this in the regular BC Liquor Store, but a lot of independent places have it, like Brewery Creek on Main Street, or the independent liquor store in the Park Royal South Village in West Vancouver.

I hope all this helps in getting you going and giving you some options as to where you'll start. I've had so much fun experimenting and mixing drinks and getting connected to periods of history I really enjoy, particularly Prohibition, which is when so much good art and music and style was happening. Be open-minded, use good ingredients when you can, always have ice handy, follow recipes closely, and be adventurous!
I also have to take a moment to plug the Pourhouse. It's my favourite bar in Vancouver, with probably the best bartenders in Vancouver, and they really insist upon giving you a good experience, good information, and classic cocktails. It's in gastown. If you're not really into this yet, one trip there will get you excited.
Posted by Rhett at 12:28