To top off the series of posts on tequila, here is one exclusively on the most famous of tequila drinks, and one of the most famous cocktails there is - The Margarita.
Unfortunately, there's no definitive birth of the drink, but I'll go through each of the supposed stories. Double unfortunately, this drink is often butchered by use of artificial sour and fruit mixes, and blenders, so below I'll give you the most traditional recipe we know of, as well as some fun variations if you want to try something new.

The History
There are several stories as to how, when, and where the drink was created. One such story is that Don Carlos Orozco at Hussong’s Cantina in Ensada, Mexico, invented it in 1941. Orozco was visited by Margarita Henkel, the daughter of a German ambassador, and offered his latest experiment to her before naming the drink after her. 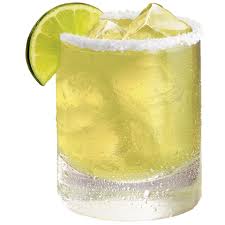 Carlos Herrera also possibly created the drink at the Rancho la Gloria Hotel near Tijuana, where he invented it for a dancer named Marjorie King, who was supposedly allergic to all alcohol except tequila, which she still refused to drink straight. The owner of La Plaza Hotel in San Diego brought the recipe from Mexico to the U.S. where it became popular after 1947.
Another story for which I can’t find much detail is that Santos Cruz created the drink for singer Peggy Lee at the Balinese Room in Galveston, Texas, in 1948.
There is also a story of a bartender in Juarez who was asked to make a Magnoliia cocktail, but couldn't remember any ingredients except Cointreau, so just made up something new and named it after a different flower - the Margarita.
Lastly, and most likely, it appears to just be a variation on the very old and constantly evolving Daisy cocktail, which hails from the mid to late 1800’s and originally contained brandy and lemon with dashes of curacao, rum, gum syrup, and soda. In the early 20th century, this evolved into brandy and lemon with grenadine and sugar, or brandy and lemon with curacao (which eventually became The Sidecar), and then other spirits started to get used, leading to a Gin Daisy (which evolved into the Cosmopolitan with vodka), or even a Tequila Daisy in the 1940’s. Increase the amount of orange liqueur and switch the lemon to a lime and you have a Margarita - which actually means "daisy" in spanish. Such is the evolution and creation of almost any cocktail. There are hundreds of recipes that vary only slightly on different themes and ingredients, but they all basically break down to a handful of classic recipes - the Cocktail, the Crusta, the Daisy, etc.

Stories and decorated histories is part of what makes cocktails so much fun, but most of the time there are just a lot of bartenders everywhere at the same time doing simple variations on a theme and coming up with new ideas.

The Recipe
The traditional Margarita is just tequila, triple sec (Cointreau is best), and lime juice, served on the rocks (with a salt rim or not), and definitely not blended.  Below are 3 separate recipes for you to try at home, starting with the most basic.

Traditional Margarita
There are countless recipes for this drink, so the best thing to do is experiment and find what you like. 3:2:1 or 4:2:1 (like the Sidecar) is always a good way to go for a sour, so let's do that!
2 oz tequila blanco or reposado
1 oz Cointreau (or other triple sec / curacao to taste)
1/2 oz fresh lime juice
Shake all ingredients with ice, and strain into a rocks glass filled with ice.
Garnish with a lime wedge if you like, and salt the rim if you like (but I would suggest not if you have a really nice tequila).
How to salt a rim? Well I can't find a video anywhere at the moment that doesn't either do it in a rimmer tray by dunking the glass in, which is not only messy but also not nearly as classy as it should be, or one that does the rim really messily. I'll find good pictures or a video and do a whole post it on next time.

Margarita Especial
I got this one from Charlotte Voisey on her Small Screen Network show, The Proper Pour. It's a fun way to play with the agave flavour of tequila. If you can't find agave nectar, you can use agave syrup (which you can just buy in Safeway or just about anywhere), but you need to cut down the amount by half because it contains a lot of sugar.
2 oz tequila (reposado preferred)
1 oz agave nectar (or 1/2 oz agave syrup)
1 oz fresh lime juice
Shake all ingredients with ice and strain over a rocks glass filled with ice.
Garnish with a lime wedge.

Now here's a really awesome one that my brother made me in San Francisco, but I'm not sure where he found the recipe. It's a totally different collection of flavours, but they all really compliment the tequila. It's definitely worth trying out if you have the ingredients and want something new!
3/4 oz Mezcal (or tequila reposado)
3/4 oz tequila blanco
1/2 oz Green Chartreuse
1/2 oz lime juice
1/2 oz grapefruit juice
1/2 oz simple syrup
Shake ingredients with ice and strain into a cocktail glass.
My brother tells me you're supposed to float a peaty Scotch over the top of the cocktail, which would really accent the smokiness of a Mezcal if you have it, but just the above by itself is fantastic. If you do want to experiment with smokey flavours, you can also try throwing a dash of Lap Sang Su Shong tea or infused syrup in there.

Experiment, switch some ingredients, throw dashes of new things in there (maraschino pairs with tequila in a cool way) and have fun! 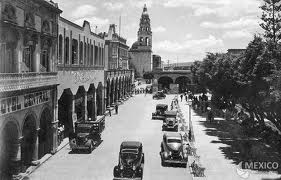 California in the early 20th century was really a progressive and unionized state, and by WWII they had old-age assistance, unemployment compensation, workplace safety rules, and over 120,000 union members in many professions. Los Angeles became the centre of the universe in terms of film-making, San Francisco became an industry power-house, and San Diego became a hub for American military and defense.
California really acclimated itself to Mexican culture, particularly in San Diego (which was for a time actually part of Mexico), and Mexican food, film, music, and the Spanish language all became integrated into American life there.
The biggest musical influence of Mexican music was Mariachi, which had become prevalent in the mid-1800’s and really accepted into America in the 1940’s. Mariachi actually originated in the state of Jalisco, which is where tequila is made (see how I came full circle there).

Perhaps the most famous and prolific film and music stars in Mexico throught the 1930's to 1950's was Pedro Infante, who not only made over 60 films through the golden age of Mexican film, but also recorded more than 350 songs. Listening to his music you can really hear a Mexican tradition but also an American influence in the production and arrangements, which pairs very nicely with the Margarita which also has a blend of the two cultures.
Enjoy your Margarita of choice while enjoying this classic by Pedro Infante - Serenata Tapatia.