So, I always used to say that Victoria is boring. Could just be my Vancouver genes or something, I'm not really sure, because I had only been there maybe twice in my life. I love cities, and Victoria just doesn't feel like a city to me - it's too small... but maybe that's just a weird thing I have. I need tall buildings, big downtowns, noise, people, lots of places to go and things to do. My lady and I did find a few really fun things to do, like the miniature museum, a ghost walk, and some vintage shopping, but ultimately there is one major reason why I'd like to visit Victoria again soon - Veneto. 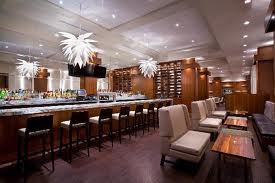 I was at the Art of the Cocktail festival last October, where I learned some really interesting stuff in a couple seminars, and tried a long list of cocktails made and/or presented by both spirit/liqueur companies and local restaurants (it was a seriously cool and affordable event, and totally worth the trip even just for the main tasting party - I highly recommend it next year). We were so impressed by one cocktail in particular from a fun-looking place called Veneto that we decided that's where we should have dinner the following evening. (The drink was the Rialto Cocktail by Solomon Siegel, featuring delicious and unique Victoria Gin, lemon juice, Silk Road Lapsang Souchong tea, chocolate bitters, and a "hint of lychee." At first I was apprehensive due to the addition of tea - which I find to be risky business in cocktails - but the very smokey taste worked very nicely with everything else).

Due to the upcoming (and super fun) ghost walk we had to get to later on, we arrived early at Veneto, which I feel almost always leads to a better experience at a good bar. There's not much of any waiting, and you get to really chat with the bartenders and they get the chance to focus on your drinks a little more. Veneto's menu is great, with a lot of options that all looked delicious. Probably the coolest thing about both the cocktail and food menus are the trios.
Veneto offers dishes with three separate food items using one common ingredient (veggies, duck, lamb, crab, beef, etc). The portions are smaller than food courses, but large enough to be suitable for dinner. Even cooler are the cocktail trios. They offered the option of ordering a trio of small cocktails showing the evolution of a classic drink, such as the Martini or the Brandy Cocktail, with its original recipe, later alterations, and then the way it's typically served now. I think that's an awesome and educational idea, and regret not ordering at least one, but we were just too busy with their original cocktails.

We were served by "one of B.C.'s leading mixologists" (according to the Art of the Cocktail festival, in which she was listed as one of the important guests), Katie MacDonald, who was not only great company, but also made some fantastic drinks, including some of her own very creative and delicious originals on their menu. The one that stuck out for me was the "Harmony Cocktail" - a variation on the Negroni - using G'Vine floraison gin, Vya sweet vermouth, and Amaro Montenegro. It was very exciting because I had never before tried Vya or Montenegro, and it was only that morning at a seminar that I had tasted G'Vine gin for the first time. The three pair perfectly together and really are a creative play on the classic Negroni.
My lady tried the "Serenity" by Simon Ogden, with Cognac, Philosopher's Brew, elderflower, mint, and a splash of Blue Mountain brut, which was light but complex and balanced. I asked Katie to make me something of hers, or something she felt would show her own touches and skill, and she explained that every bartender at Veneto prides him or herself on how they make an Old-Fashioned (which was probably the best response I've ever heard to that request), and she made me what I would say was a perfect bourbon Old-Fashioned with a hand-cut sphere of ice (the way it should be). Very impressive.

All in all, I highly recommend Veneto for both food and drink (especially drink) if you ever find yourself in Victoria. If you're lucky like me you'll be served by the very professional, charming, and excellently skilled Katie, who made our trip to Victoria that much more enjoyable.
Thanks, Veneto! Be back soon enough...