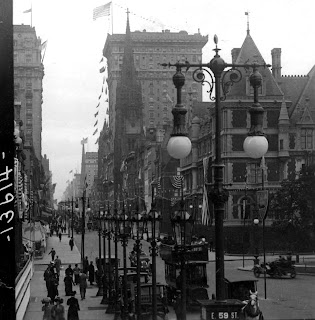 Today we will be discussing a classic that is very close to my heart. It's one of my favourite gin cocktails, and my first introduction to Creme de Violette, a liqueur made from macerating violet flowers in usually a grape spirit base, and that ingredient itself brings about an age-old debate about exactly how to make this one properly. It takes us back before the 1920's, and is, as David Wondrich puts it, "one of the last truly great cocktails to be invented before Prohibition." The earliest mention of The Aviation is 1911, but the most obvious first mention is by Hugo Ensslin in his book "Recipes for Mixed Drinks" in 1916, which the German-born bartender wrote while presiding over the bar at the Wallick House hotel in Times Square, New York. This book was an inspiration and great source of information for one of the biggest names in cocktail history, Harry Craddock, who wrote one of the greatest cocktail books, "The Savoy Cocktail Book" in 1930. This is where the controversy begins, though, as Craddock omits the Creme de Violette as an ingredient, partially due to availability, and this omission for the most part continued until 2007 until Rothman & Winter's product showed up on the U.S. market. This coincided with our current cocktail revolution during which many connoisseurs and interested parties began to learn histories and recreate classic cocktails. It is unclear exactly who created the cocktail, but it did begin to achieve popularity in the 1910's and was likely named after the then new American industry and interest of aviation, i.e. the design, development, and use of aircraft, as the first airplanes began to be used for military purposes around the time of World War I. The drink was named as such because the addition of the Creme de Violette turned the drink a slight blue colour. 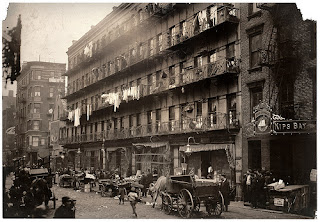 The original recipe as per Ensslin's book was printed "2/3 parts El Bart gin, 1/3 part lemon, 2 dashes Maraschino, and 2 dashes Creme de Violette" (equating to essentially 2oz gin, 1oz lemon, and a barspoon-full of each Maraschino and Violette). El Bart gin has since disappeared, but was a sponsor of the book itself and therefore should not really be considered a gin that best serves the cocktail. After being reprinted in Craddock's Savoy Cocktail Book without the Violette, a range of recipes has shown up, and I guarantee that each bar you go to will make it slightly differently. Should you want to experiment, here are the reputable recipes I've found:
A newer version of Creme de Violette from Tempus Fugit (which is way more interesting, less sweet, and less floral than Rothman's) suggests a 6:3:2 ratio for gin : lemon : Maraschino/Violette (1.5oz : 3/4oz : 1/2oz), which I find lets the liqueurs really overpower the gin.
David Wondrich suggests 2oz of gin, 3/4oz of lemon, and 1/2oz of Maraschino, which not only omits the Violette, but is also arguably too sour.
Dale Degroff uses 2oz of gin, 1 full ounce of Maraschino, and 3/4oz of lemon, which lets the Maraschino overpower the rest of the flavours.
Gary Regan writes 2oz of gin, 1/2oz of lemon, and 1/2oz of Maraschino, which I find is the best ratio, but still omits the Violette.
Robert Hess from www.drinkboy.com, Small Screen Network, and founder of the Museum of the American Cocktail and The Chanticleer Society, suggests a 8:2:1 ratio for gin : lemon/Marashino: Violette, which I find is the best tasting recipe and is thereby the one I will print in this post. As for the garnish, I've seen no garnish at all, a brandied cherry, and also a flamed lemon peel. The original recipes list no garnish, but I love the taste of the latter so will suggest that. 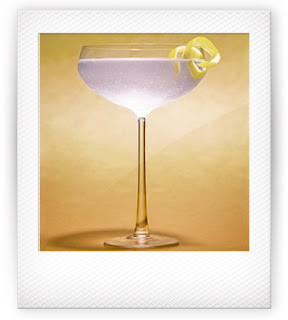 2oz gin
1/2oz lemon juice
1/2oz Maraschino
1/4oz Creme de Violette (or even 1/8oz depending on what kind you use. This amounts to a barspoon-full or two - see what you like)
Combine all ingredients in a shaker, add ice and shake, strain into a cocktail glass. To garnish, flame a lemon peel by burning a large piece of peel for a couple seconds, then squeeze the peel towards the glass so the oils ignite over the cocktail.
If you use Tempus Fugit, use 1/4oz, if you use something much more sweet and floral like Rothman's, use 1/8oz which is just about a barspoon-full.

This is a great drink for trying different gins. Anytime I get a new kind of gin that I want to play around with, I usually try it straight, cold and diluted, in a Martini, and in an Aviation. They all play with the fruit and floral in their own ways, and you'll probably find your favourites, but this is always a great cocktail. Hendrick's and Martin Miller's gins are two of my favourite gins and make fantastic and interesting Aviations in really different ways (I'm actually sipping a Martin Miller's one while I'm writing this, and damn, it is good). A good London Dry is the typical way to go (Tanqueray or Junipero work great, for example), or perhaps you may find it fitting to try the "Western Dry" style of Aviation Gin. 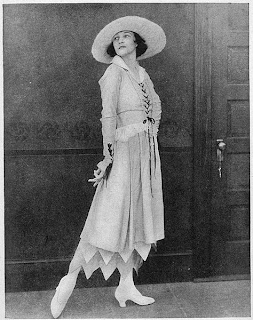 The 1910's was a big decade for the U.S. This was the first time that the country was considered a world-leader in terms of industry and power, as it became the most industrialized country in the world. Huge American industries began to boom, including automobiles, popular culture (such as film and music), and tobacco. World War I obviously had a big impact, affecting industry, economy, and culture. The population sat at 92 million, life expectancy was barely 50 years, and divorce was almost non-existent. The film industry was just starting to grow into its "Golden Age," with about 30 million people going to the movies each week. Overall, this was a period of unrest of reform, as labour unions grew, and unsafe working conditions and child labour were slowly abolished. Prohibition was brewing, and by 1919 became law, and the consumption of alcohol became both illegal and secretive, dramatically reinventing cocktail culture, but also being the biggest catalyst in creating organized crime in the U.S. (see my post on Chicago in the 1920's via The Southside Cocktail). In art, realism, cubism, futurism, Fauvism, industrialization, Dadaism, and primitism all became popular forms, and most notably, photography became both possible and recognized as an art form. D.H. Lawrence and H.G. Wells were popular writers at the time, the latter being one of the more important names in early science fiction. For style, comfort began to take priority in what people wore. Fabrics got lighter and looser, necklines got lower, and styles like the sack, sheath, harem trousers, hobble skirts, Hellenic tunic, Asian oriental costumes, and brighter colours became popular. For men, the top hat, frock coat, striped trousers and blazers, lounge suits, and tweed jackets were all prominent. All in all this seems a period of growth ultimately leading to the 1920's, which had a much stronger and more unique identity. 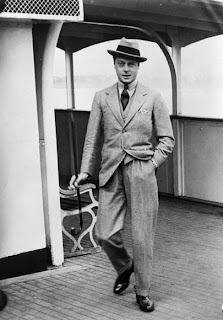 Musically, the U.S.'s greatest product - jazz - was only just beginning in the slums of New Orleans. This was the age of Tin Pan Alley, the age of sheet music, early show tunes and early pop songs. All major works were published on West 28th between 5th and 6th Avenue in New York City, and the area, and music period, was named supposedly for the sound of the cheap pianos constantly playing in each and every publisher's office (a cacophony of banging tin pans). Cole Porter, Fats Waller, George Gershwin, Scott Joplin, and Irving Berlin were all big names in Tin Pan Alley, all of whom had their music reinvented at some point during the jazz age to come. Ragtime had evolved, stride piano playing brought about the swing arrangements to come, band leaders like James Reese Europe were creating early jazz, and Louis Armstrong was honing it into the art form and influence on popular music it was going to become.
One of the more famous songs of this period, written by one of the more famous songwriters of the subsequent music industry, was "Alexander's Ragtime Band" by Irving Berlin. This piece shows great influence of stride and ragtime by writers like Scott Joplin, but is also a great showcase of the swing that was just starting to happen at the time, and while it was Berlin's first successful song, it became a classic covered by many artists well into the 1950's.

I encourage you to drink your Aviation the traditional way, with a dash or two of Violette (head to a reputable bar for this, and don't accept it if any bar omits the Maraschino - they are not serving you an Aviation!), and enjoy it while listening to some very early American popular music by Irving Berlin. Here is "Alexander's Ragtime Band."