The Black And Tan 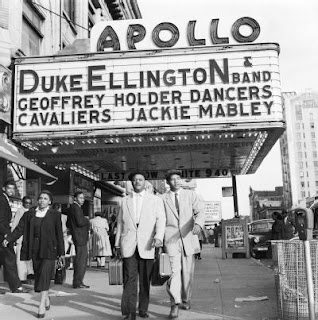 I'd like to do a (hopefully) briefer post today. I was flipping through my notebook full of drink recipes I scribble down when something catches my fancy and was reminded of one of the more refreshing rye drinks I've had - The Black and Tan. I found this on Jamie Boudreau's site from a few years ago when it was served as part of a lecture at the Tales of the Cocktail festival in 2007. The name rang a bell in my head and I suddenly remembered a Duke Ellington piece by the name "Black and Tan Fantasy" from 1927. I figure, while the time periods may not match up, the names do and that's good enough for me.

So this cocktail was introduced by Allen Katz at the Rye Whiskey presentation, who claims it was from the Baltimore Country Club in 1898. Now, I may be wrong here, but the Baltimore Country Club was created in 1898, and due the wording of every mention of this cocktail I can find, it seems that Katz was claiming that the drink comes from the same time. This seems a little unlikely to me, as ginger beer was just gaining popularity as a drink by itself in the late 19th century, and mixing it with anything else wouldn't have come until later. So I took a look for any old ginger beer mixed drinks. The oldest I could find with specifically ginger beer is the Moscow Mule from the 1950's (though there is the Horse's Neck, or Kentucky Gentleman, which dates back to the 1890's, but uses just liquor, ginger ALE, and a lemon twist), but that brought me to finding out about the "mule" or "buck" style of drink. The Buck is ginger beer or ale, mixed with liquor and citrus juice, but I can't find any definitive information on how old it is. If anyone has details, please leave a comment!
As for the style of the drink itself, combining whiskey with citrus and sugar, then topping it with ice and soda and garnishing with fresh fruit was a very common drink in the 19th century, with subtle variations leading to numerous names - the Fizz and the Daisy, for example - and numerous others without the carbonated water, such as the Cobbler, Fix, Smash, and so on. There were also Champagne Cobblers, combining fruit, sugar, citrus, and bubbly, and Cobblers that required the fruit to be muddled and not just decoration, so from different directions a Black and Tan could have been plausible for the time. Having said all of this, I still have seen no proof or direct written account that claims the Black and Tan comes from 1898, only that it comes from the Baltimore Country Club.

Regardless, it's delicious and refreshing and very pretty. I always include this disclaimer for any Canadian readers - "rye" means whiskey made specifically from at least 51% rye grain. It does not just mean "Canadian whisky," and it's very sad and frustrating that the term has this second meaning because it leads to confusion and misinformation. This drink should be made with American straight rye whiskey, such as Rittenhouse 100 or Sazerac, and it just won't taste right if you try to use Canadian or bourbon.

Another disclaimer - this cocktail is NOT to be confused with another of the same name that requires you just to mix a light and dark beer. I'm not a beer drinker, but I think that's kind of weird. 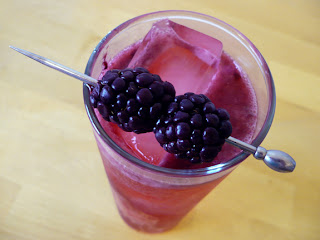 In a mixing glass, muddle blackberries with simple syrup, lime and mint.
Add Sazerac rye and shake vigorously over ice.
Strain into a Collins glass filled with ice, then top with ginger beer.
Garnish with two fresh blackberries on a cocktail pick. 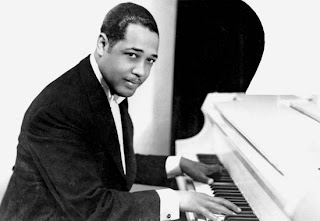 Duke Ellington, in case you are unfamiliar, is widely considered one of, if not the greatest American composer of all time. He wrote over 1000 compositions, has been decorated with every kind of award, tribute, and induction that can be bestowed upon him both while he was alive and posthumously. He scored for everything, not just big bands, and was integral to the evolution of jazz, helping to make it considered more of an art than just young-people-or-black-people-party-music, and he was also integral to the paradigm shift of America's view towards "coloured" people. His compositions were dynamic, intricate, and beautiful, and ranged from dance-floor romps to delicate ballads. He also incorporated African culture into his performances and music in the earlier years, in part leading to the misinformed and offensive term "jungle music." In 1927, Ellington wrote a piece called "Black and Tan Fantasy," which was later adapted into a feature film in 1929 by the same name as a showcase for the Harlem Renaissance Movement in art and music. Due to racial issues in the south, a lot of African American/black families moved to the northern cities to build better lives and get better jobs, particularly after World War I, and a mecca for this migration was New York City, namely Harlem. This became a centre for artistic culture through the 1920's and 1930's (at the time named the "New Negro Movement"), and really became a driving force behind the Civil Rights Movement that was to come after the 1940's. Jazz was a huge part of this scene, and it was innovators like Louis Armstrong and Duke Ellington who, as I have mentioned more than once, shaped the genre into what it would become. 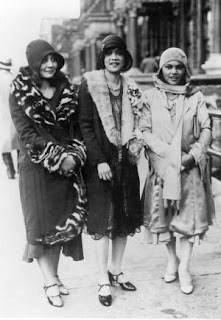 "Black and Tan Fantasy" is a typical blues progression, one that served as a framework for the majority of early jazz, so is still a fitting piece if we want to come back to the year 1898. It is a sad and angry piece of music, filled with aggression but also despair and apathy of sorts, which would be very fitting for the racial situations of the time. It is ironic to pair a cocktail from a white country club in Maryland with a Harlem Renaissance piece of music, and also ironic that they share the same name (again making me wonder exactly when this cocktail showed up), but that's the fun of doing this sort of thing.

Enjoy your delicious and refreshing spring/summer drink, The Black and Tan, perhaps with a little of the Duke - though perhaps put something a little more upbeat on afterwards, like "It Don't Mean A Thing If It Ain't Got That Swing," or "Take The 'A' Train."


[[ Photography by sloshed.hyperkinetic.org (cocktail) ]]
Posted by Rhett at 13:20