Science of Taste: Savory and Bitter

Welcome to the third part of the mini-series on taste science.
Please take a look at the introduction and a discussion of sweet,

and the discussion of sour and salty.

Next we'll take a little look at savory and, my favourite (along with many other drinkers, I'm sure), bitter. 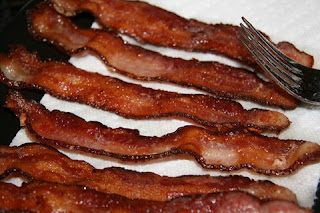 Savory/Umami
This flavour is perceived mostly through the glutamic acid found in monosodium glutamate (MSG), and while not traditionally found in cocktails, is starting to make more appearances due to creative mixology. The only old drinks that come to mind are the Bloody Mary and the Caesar in their flavouring salts, but nowadays people are making bacon-infused bourbon, or duck fat-infused bourbon (see: the crazy boys at The Refinery), and so on.

So, for the creative mixologist here, if you have a heavy amount of citrus and bitter in your drink, using a meat or fat-infused spirit might be an outlandish way to balance things out. Similarly, if you start with such an infusion, you need to be careful when adding sugar to the mix.


Bitter
The majority of the receptors on your tongue are extremely sensitive to bitter, which from a biological standpoint is likely protection against natural poisons. The most interesting aspect of bitter that Darcy revealed to us is that there is no range to its flavour. All other flavours can have differences, aspects, and so on, but bitter is literally an on/off switch on your tongue. Bitter tastes the same to the tongue regardless of what it is or where it comes from. There is a chemical, an "anti-bitter," that Darcy showed us called adenosine monophosphate that inhibits the bitter receptors (this is approved by the FDA which means it can therefore be used legally in mixology). This opens an interesting door, because it means you could put one drop of this on your tongue then do a shot of Angostura and only get the spice. For real. (We actually did end up putting some on our tongues, it was crazy).
This is often a challenge in mixing drinks - how do you reduce bitterness? This is especially true considering that most people perceive alcohol as bitter. There are several ways: 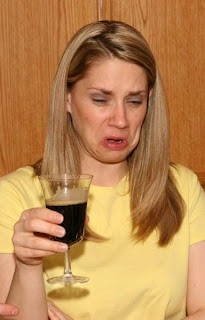 Notice the "increase the sweetness." Yes, this is where all the trouble began. I still remember a friend saying to me once that the key to being a good bartender is mixing ingredients so you can't taste the alcohol at all, which still makes me cringe. Obviously this friend is used to the way most drinks have been made for the last 40 years or so - with tons of sugar. The point of this whole series is to look at different ways to balance other than using sugar. If your drink is on the bitter side due to say, a high proof whiskey and a couple extra dashes of aromatic bitters, don't just add simple syrup - try throwing an egg white in the mix, or adding some soda. If it's a sour, consider backing off the juice a bit, or switching to lemon or grapefruit instead of using lime. (The "increase the fat" part here is more for food taste purposes, unless we again visit the duck-fat-infused bourbon that Joel has at The Refinery).

Bitter is the ultimate acquired taste. You literally have to combat biology and train your tongue and body to withstand it so you can enjoy the other flavours involved. Once you do, though, you'll be opening up your palate to so many new and exciting things, and trust me - you won't be able to stop. I constantly crave bitter and smokey flavours nowadays. Once this part of your tongue calms down, you'll get more Christmas-spice from Angostura, more chocolate and coffee from amaro, soft chamomile from Bittermens Boston Bittahs, and so on. You'll also appreciate balance more in what you eat and drink, and probably get ripped, have many lovers, make tons more money, and own a jetpack. I have no conclusive evidence on some of those, but it's worth a shot, right?

Just keep your mind and palate open and ease yourself in via some softer amari and a well-made Old-Fashioned with a new kind of bitters.
I will return on the weekend with a post on the non-tongue-related factors in how we perceive taste, and how you can apply these as a bartender.
Thanks again to Darcy O'Neil for his inspiration and information.