Since hitting the North American market in 2006 and 2007 respectively, Aperol and St-Germain liqueurs have become staples on many a cocktail menu. It's no secret that the latter is ridiculously tasty and is considered by some to be almost cheating because of its ability to make just about anything delicious. Made from elderflowers gathered in France by hand during only a handful of weeks, and transported by bicycle before being gently macerated, the liqueur is not overly sweet for a liqueur. It offers aromas of flowers, peach, pear, grapefruit, and lychee, and flavours just as wonderful. Perhaps the reason bartenders get so excited about it, however, is its acidity, which balances extremely well in a cocktail and even in small doses can round out a drink without ever being overpowering. Aperol, the mildest of Italian amari, originated in 1919 with the intention of being a lighter version of Campari and as such offers lower alcohol content, a sweeter profile, and much less bitterness. It is also much less complex, and has strong rhubarb and orange flavours. It will be bitter for some, but most experienced drinkers will find it quite mild. Modern bartenders have furthered its reputation of being "Campari's younger brother" by swapping the liqueurs in classic drinks such as the Negroni and Boulevardier, or at least mixing the two so as to make these drinks more palatable to the uninitiated.
It is usually fair to assume that putting two awesome things together will create further awesome drinks, and in this particular case this logic yields amazing results. However, it doesn't seem to happen as often as one would expect. There are a ton of options, particularly with gin, and it is worth experimenting. With the hot weather finally arriving in the Pacific Northwest, here is a small collection of some summer afternoon refreshers to evening sippers employing the skills of both of these liqueurs and the magic they create together. 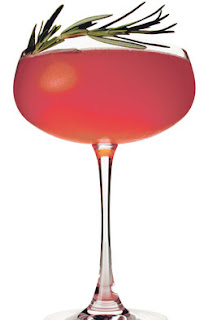 Apparent Sour
(Bobby Heugel, Anvil Bar & Refuge, Houston)
Shake with ice and strain into a cocktail glass. Garnish with a sprig of rosemary.

These taste amazing and are perfect not only for summer, but also for anyone looking for something low-proof. A perfect and simple example of the great flavour you get from mixing the two liqueurs. Try switching the lime for lemon and throwing in a dash of your favourite bitters. 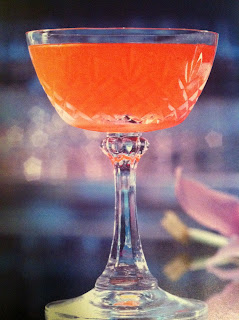 Primrose
(Jay Jones, Shangri-La Hotel, Vancouver)
Stir with ice and fine strain into a cocktail glass.
There are a lot of options in sour-territory.

This is a great starting point to play around with the bitters, citrus, or spirit choice. Tone down the Aperol and top with sparkling wine for a lighter drink even better suited for hot weather. 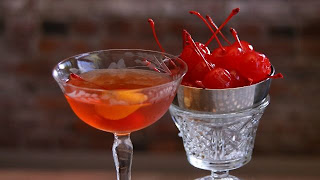 This one is surprisingly light in flavour and mouth-feel for a whiskey-based cocktail and the rye brings some much welcomed spice to the mix. Using a different spirit with a dry profile might work well here too (such as a slightly high-proof rum, an unaged Tequila, or be very adventurous and use aquavit or a Scotch). 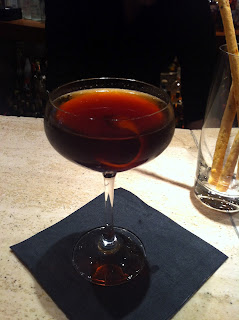 Welcome To The Dark Side
(Colin Turner, Cin Cin, Vancouver)
Lightly muddle the orange peel in the mixing glass, then add ingredients with ice and stir. Strain into a cocktail glass and garnish with a fresh orange peel, squeezing the oils over the top of the glass.

A much darker, heavier drink than the rest so far. The liqueurs offer a lot of complexity and bitterness, but the sugar from each balance everything very nicely. Despite having a whiskey base and using a full ounce of Averna, the flavour offers a lot of fruit along with chocolate and vanilla. Using a dry bourbon is your best bet here to really round things out (Colin prefers Maker's 46).