A Beginner's Guide To Bourbon Part 2: Buying Bourbon In B.C.

In Part 1 we discussed what makes bourbon bourbon, and now we're going to look at the major brands and bottlings you can typically find. I will mostly just discuss the ones widely available to us here in Canada at the government liquor stores. I have never tasted a "bad" bourbon, but going from Jim Beam White Label to Woodford Reserve is a definite jump in quality, as you will see. The good news is that the jump is much smaller than comparing a cheap brandy to a nice Cognac, or Bacardi white rum to Mount Gay Extra Old aged rum, etc. The below blurbs about each kind are my opinion, but I've taken into account the general consensus via other reviewing websites as well as spirit competitions. If I've never tasted a certain kind, I've just listed the tasting notes from competition judges and/or the average review online.


First, let's take a moment to discuss the general taste of bourbon for those of you who know nothing about it. Higher amounts of corn will bring a little more sweetness, opposed to rye which is drier and spicier, or malted barley which tastes, well... malty. Aging in the charred oak barrels smooths the alcoholic burn out a bit, add subtle smoke flavours, and you will typically also get some caramel, toffee, and vanilla notes. Depending on the rest of the mash and other specifics, you can also end up with flavours like citrus, berries, tobacco, leather, molasses, cinnamon, and tons of others. Bourbon is by far the easiest whiskey to drink, and as I've often said, a great place to start if you don't have a good palate for alcohol yet.

Alright, now onto the choices... 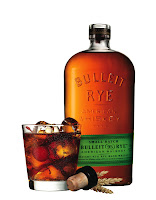 Jim Beam White Label - $25.50 - The cheapest bourbon you'll find, but it's actually not bad. It mixes well in cocktails that aren't spirit-forward, it's not super harsh, and a great place to start if you don't want to spend much.
Jim Beam Red Stag - $27.50 - This is a Jim Beam bourbon flavoured with black cherry. It tastes more like a liqueur and isn't worth your time (if you want to mix cherry and bourbon, just add fresh cherries to your bourbon). It doesn't belong on this list, I just wanted to make sure you know what it is.
Wild Turkey - $29 - This is a very rough bourbon with more rye character than Jim Beam, and as such it packs more of a punch in mixed drinks. It's pretty harsh to sip, but works great with juice. I usually choose it over Jim Beam White Label for a cheap option unless I want to sip something or make more subtle cocktails.

Bulleit Frontier Bourbon - $35 - spicier, drier bourbon that's still smooth and mixes really well in cocktails. Very high rye content as well. I don't LOVE it, but it seems to be a typical bourbon of choice for some really knowledgeable bartenders, and that's a good sign.
Maker's Mark - $35-40 - One of the classics, for sure. To me, it's so sweet and smooth that it basically tastes like candy. This can be a good thing or a bad thing, depending on what you want to do with it. It's almost too smooth for my taste, but is a great sipper, and a perfect place to start if you want to get into bourbon.
Buffalo Trace - $40 - excellent, multi-use bourbon from the oldest distillery in the U.S. Higher rye content gives a little more spice and character. Probably the best bourbon for your money. 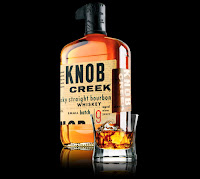 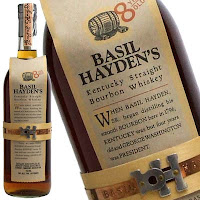 Knob Creek 9 Year Old Small Batch - $49 - this is sort of like a higher-end Maker's Mark in some ways in that it's quite sweet and very smooth, but mixing a lot of cocktails may call for a more ballsy profile. It is definitely delicious, though, and makes an awesome Old-Fashioned. It's made by the Jim Beam distillery.
Woodford Reserve - $49 - This is probably my favourite bourbon for sipping. It's complex and interesting, but also very smooth and soft in your mouth. If you drink a fair bit already and want something nice, I would point you here or to Buffalo Trace, as they're both not as smooth and sweet as Marker's Mark or Knob Creek, but in my opinion are more exciting.
Basil Hayden's - $50 - another small batch bourbon from the Jim Beam distillery, this one is another high-rye content bourbon with pepper and citrus notes that you don't get in most others.
Maker's Mark 46 - $55 - the higher-end Maker's Mark has a heavier taste with more caramel, spice, and wood flavours. Its finish is longer and makes for a better sipper, but will also mix well in cocktails.
Booker's - $56 - a very heavy, rounded bourbon that packs a huge punch (127 proof). It's another Jim Beam small batch bourbon, and has more wood and smoke character than others. It makes a fantastic Manhattan that will knock you on your ass.
Knob Creek Single Barrel - $59 - the high-end offering from Knob Creek, which is a high-end offering from Jim Beam, and lives up to this hierarchy. Reviews are consistently good to outstanding, with more spice notes showing up, and surprisingly smooth for its 120 proof bottling.
Eagle Rare - $60 - a high-end offering from the Buffalo Trace distillery has more spice, nut, and fruit notes, but still hits pretty hard. Reviewed often as the best value you will find, but that's by American price standards where it's about $30. Welcome to our lives in B.C.
Ridgemont Reserve 1792 Barrel Select - $75 - reviews are good for the most part, but not as consistent as say Eagle Rare or Knob Creek Single Barrel, which makes me nervous for how much more it costs. Tobacco, fruit, and even tea have shown up on tasting notes.
Pappy Van Winkle's 20 Year - $175 - This is very well-reviewed, but I'm not sure anything is worth that price-point. Long-aged whiskeys will typically show more wood-character and complexity, and this one was reviewed by Wine Enthusiast as "huge and almost chewable, and the palate is tremendously buttery with some sherry notes, a dash of dried fruits, and some rich, creamy vanilla." Also reviewed as a very dry bourbon (meaning less sweet).

That's a lot of information, but take from it that even $25 will get you a bottle suitable for mixing, and $35-40 will get you a great bourbon suitable for anything. If you're just trying to get into bourbon, I'd suggest (in order of price, not quality) Jim Beam, Maker's Mark, and Knob Creek. If you already like whiskey and want something new, my personal favourites are Buffalo Trace and Woodford Reserve, but as you can see above, there are a lot of good options. Four Roses is an awesome bourbon too, but you'll have to get it in the U.S. or buy it over-priced at Legacy. And as always, if you make it down to the states, do your buying there, because most whiskey costs about 40% less. Such is our lives in Canada.

I encourage you to make comments below and agree/disagree, or better yet - name your favourite bourbon. Also name some bourbons you like that aren't on the above list!
Posted by Rhett at 12:57